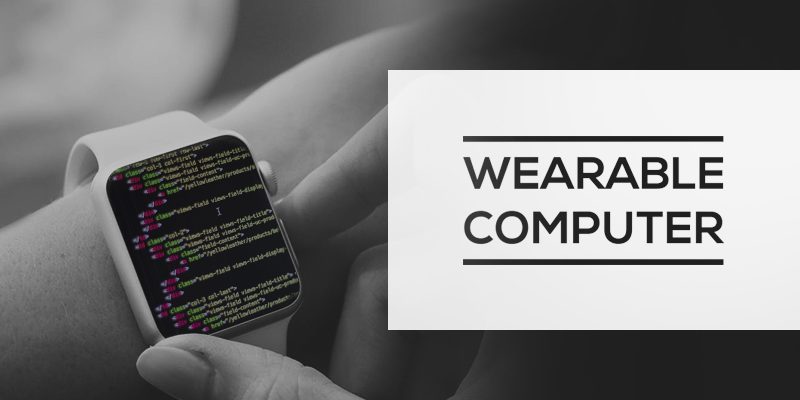 Wearable computers, also known as wearables or body-borne computers, are small computing devices (nowadays usually electronic) that are worn under, with, or on top of clothing. The definition of ‘wearable computer’ may be narrow or broad, extending to smartphones or even ordinary wristwatches. This article uses the broadest definition.

Wearables may be for general use, in which case they are just a particularly small example of mobile computing. Alternatively they may be for specialized purposes such as fitness trackers. They may incorporate special sensors such as accelerometers, thermometer and heart rate monitors, or novel user interfaces such as Google Glass, an optical head-mounted display controlled by gestures. It may be that specialized wearables will evolve into general all-in-one devices, as happened with the convergence of PDAs and mobile phones into smartphones.

Wearables are typically worn on the wrist (e.g. fitness trackers), hung from the neck (like a necklace), strapped to the arm or leg (smartphones when exercising), or on the head (as glasses or a helmet), though some have been located elsewhere (e.g. on a finger or in a shoe). Devices carried in a pocket or bag – such as smartphones and before them pocket calculators and PDAs, may or may not be regarded as ‘worn’.

Wearable computers have various technical issues common to other mobile computing, such as batteries, heat dissipation, software architectures, wireless and personal area networks, and data management. Many wearable computers are active all the time, e.g. processing or recording data continuously.

Wearable computers are not only limited to the computers such as fitness trackers, that are worn on wrists, they also includes wearables such as Heart pacemakers and other prosthetic. It is used most often in research that focuses on behavioral modeling, health monitoring systems, IT and media development, where the person wearing the computer actually moves or is otherwise engaged with his or her surroundings. Wearable computers have been used for the following:

Wearable computing is the subject of active research, especially the form-factor and location on the body, with areas of study including user interface design, augmented reality, and pattern recognition. The use of wearables for specific applications, for compensating disabilities or supporting elderly people steadily increases.

Above is a brief about Wearable Computer. Watch this space for more updates on the latest Trends in Technology.