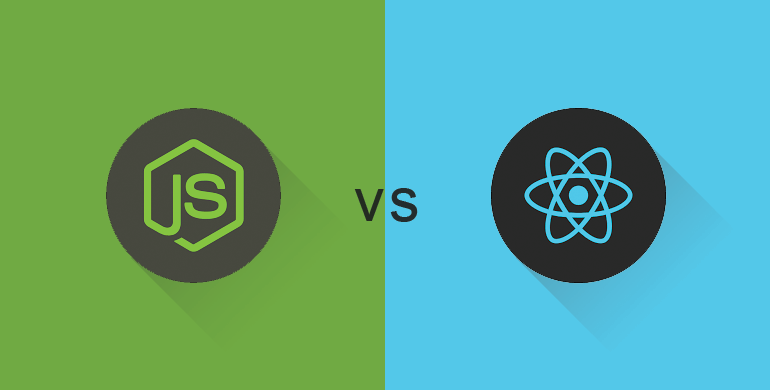 NodeJS can be considered as a server itself rather than a framework which is powered by Google chrome V8 JavaScript engine. It comes with a callback concept to achieve the all new idea of event driven single threaded server programming  and also executes JavaScript in the server side. Moreover, Node.js is mainly used to simplify the development of complex applications. NodeJS can be easily used as a server-side proxy. That’s how it can handle a number of simultaneous connections in a non-blocking manner. It is mainly used when you want to collect data from multiple source points or want to proxying different services with different response times.

Moreover, you can build a client side app for assets and proxying/stubbing API requests with NodeJS development server.

NPM(Node Package Manager) play an important role which should not be neglected at all. It comes by default with your Node.js installation and provides support for package management. The idea of NPM is similar to the concept of Ruby Gems. Some of the most popularly used NPM modules are given here:
– mongojs and mongodb
– connect
– bluebird
– lodash
– pug
– socket.io and sockjs
– moment

HTTP requests and responses are considered as isolated events but they are actual data streams . These are used in NodeJS to build some amazing features. This helps in proxying between different data resources and also used for real time video and audio encoding.

ReactJS is considered as an open-source JavaScript library rather than a framework. It is mainly used for building amazing user interfaces with a great focus on rendering performance. In MVC(Model View Controller) architecture, React is more dependent on “V”.

It quickly gained a good reputation when it was launched first. It was built with the aim of resolving issues in JavaScript frameworks related to efficient rendering of large data-sets. Search engines find it difficult to read JavaScript heavy applications even after having improvements in that area. So this is one of the big issues that come with JavaScript frameworks.

But ReactJS has beaten up this. You can easily run ReactJS on the server and the virtual DOM will be rendered then which further return to the browser as a regular web page. No hard tricks are required for this.

PolymerJS and Shadow DOM has already created a lot of buzzes which are typically used to create customizable elements, self-contained elements that you can easily import into your project.

But RecatJS makes you able to create your own components which you can later combine, reuse or nest your core content. So it doesn’t make use of Shadow DOM or PolymerJS.

ReactJS creates its own virtual DOM where your components actually live. It takes care of all the changes to made in the DOM and updates in the DOM tree also. This makes it a flexible approach to gain a good performance. Hence, it discards costly DOM operations and regularly makes updates efficiently.

Above is a brief about the difference between Node.js and React.js which was sourced from various sites. Watch this space for more updates on the latest trends in Technology.

AngularJS vs ReactJS vs NodeJS: Which One Is best?