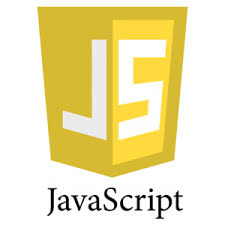 JavaScript, often abbreviated as “JS”, is a high-level, dynamic, untyped, and interpreted run-time language. It has been standardized in the ECMAScript language specification. Alongside HTML and CSS, JavaScript is one of the three core technologies of World Wide Web content production; the majority of websites employ it, and all modern Web browsers support it without the need for plug-ins. JavaScript is prototype based with first class functions, making it a multi-paradigm language, supporting object-oriented, imperative, and functional programming styles. It has an API for working with text, arrays, dates and regular expressions, but does not include any I/O, such as networking, storage, or graphics facilities, relying for these upon the host environment in which it is embedded.

Although there are strong outward similarities between JavaScript and Java, including language name, syntax, and respective standard libraries, the two are distinct languages and differ greatly in their design. JavaScript was influenced by programming languages such as Self and Scheme. JavaScript is also used in environments that are not Web-based, such as PDF documents, site-specific browsers, and desktop widgets. Newer and faster JavaScript virtual machines (VMs) and platforms built upon them have also increased the popularity of JavaScript for server-side Web applications. On the client side, developers have traditionally implemented JavaScript as an interpreted language, but more recent browsers perform just-in-time compilation. Programmers also use JavaScript in video-game development, in crafting desktop and mobile applications, and in server-side network programming with run-time environments such as Node-js. Microsoft script technologies including VBScript and JScript were released in 1996. JScript, a reverse-engineered implementation of Netscape’s JavaScript, was part of Internet Explorer 3 . JScript was also available for server-side scripting in Internet Information Server. Internet Explorer 3 also included Microsoft’s first support for CSS and various extensions to HTML, but in each case the implementation was noticeably different to that found in Netscape Navigator at the time. These differences made it difficult for designers and programmers to make a single website work well in both browsers, leading to the use of “best viewed in Netscape” and “best viewed in Internet Explorer” logos that characterized these early years of the browser wars.  JavaScript began to acquire a reputation for being one of the roadblocks to a cross-platform and standards-driven Web. Some developers took on the difficult task of trying to make their sites work in both major browsers, but many could not afford the time. With the release of Internet Explorer 4, Microsoft introduced the concept of Dynamic HTML, but the differences in language implementations and the different and proprietary Document Object Models remained and were obstacles to widespread take-up of JavaScript on the Web.

JavaScript has become one of the most popular programming languages on the Web. Initially, however, many professional programmers denigrated the language because, among other reasons, its target audience consisted of Web authors and other such “amateurs”. The advent of Ajax returned JavaScript to the spotlight and brought more professional programming attention. The result was a proliferation of comprehensive frameworks and libraries, improved JavaScript programming practices, and increased usage of JavaScript outside Web browsers, as seen by the proliferation of server-side JavaScript platforms.

In January 2009, the CommonJS project was founded with the goal of specifying a common standard library mainly for JavaScript development outside the browser.

With the rise of single-page applications and JavaScript-heavy sites, it is increasingly being used as a compile target for source-to-source compilers from both dynamic languages and static languages.

The above mentioned is a brief about  JavaScript.