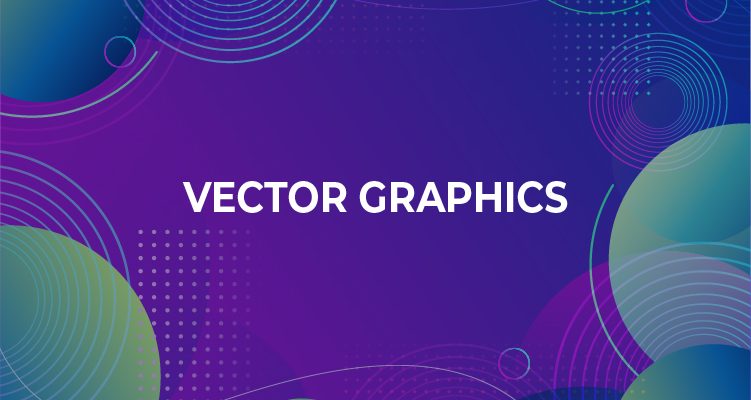 Vector graphics are computer graphics images that are defined in terms of 2D points, which are connected by lines and curves to form polygons and other shapes. Each of these points has a definite position on the x- and y-axis of the work plane and determines the direction of the path; further, each path may have various properties including values for stroke color, shape, curve, thickness, and fill. Vector graphics are commonly found today in the SVG, EPS, PDF or AI graphic file formats and are intrinsically different from the more common raster graphics file formats such as JPEG, PNG, APNG, GIF, and MPEG4.

Modern vector graphics displays can sometimes be found at laser light shows, where two fast-moving X-Y mirrors position the beam to rapidly draw shapes and text as straight and curved strokes on a screen.

Vector graphics can be created in a form using a pen plotter, a special type of printer that uses a series of ballpoint and felt-tip pens on a servo-driven mount that moves horizontally across the paper, with the plotter moving the paper back and forth through its paper path for vertical movement. Although a typical plot might easily require a few thousand paper motions, back and forth, the paper doesn’t slip. In a tiny roll-fed plotter made by Alps in Japan, teeth on thin sprockets indented the paper near its edges on the first pass and maintained registration on subsequent passes.

Some Hewlett-Packard pen plotters had two-axis pen carriers and stationery paper (plot size was limited). However, the moving-paper H-P plotters had grit wheels (akin to machine-shop grinding wheels) which, on the first pass, indented the paper surface, and collectively maintained registration.

The World Wide Web Consortium (W3C) standard for vector graphics is Scalable Vector Graphics (SVG). The standard is complex and has been relatively slow to be established at least in part owing to commercial interests. Many web browsers now have some support for rendering SVG data but full implementations of the standard are still comparatively rare.

In recent years, SVG has become a significant format that is completely independent of the resolution of the rendering device, typically a printer or display monitor. SVG files are essentially printable text that describes both straight and curved paths, as well as other attributes. Wikipedia prefers SVG for images such as simple maps, line illustrations, coats of arms, and flags, which generally are not like photographs or other continuous-tone images. Rendering SVG requires conversion to raster format at a resolution appropriate for the current task. SVG is also a format for animated graphics.

There is also a version of SVG for mobile phones. In particular, the specific format for mobile phones is called SVGT (SVG Tiny version). These images can count links and also exploit anti-aliasing. They can also be displayed as wallpaper.

Advantages to this style of drawing over raster graphics:

Vector graphics are ideal for simple or composite drawings that need to be device-independent, or do not need to achieve photo-realism. For example, the PostScript and PDF page description languages use a vector graphics model.

The above is a brief about Vector Graphics. Watch this space for more updates on the latest trends in Technology.