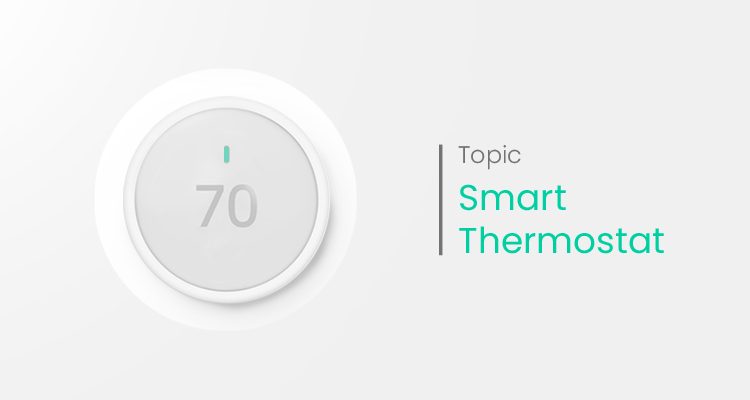 Smart thermostats are thermostats that can be used with home automation and are responsible for controlling a home’s heating and/or air conditioning. They perform similar functions as a Programmable thermostat as they allow the user to control the temperature of their home throughout the day using a schedule, but also contain additional features, such as sensors and WiFi connectivity, that improve upon the issues with programmable thermostats.

Like a connected thermostat, they are connected to the Internet. They allow users to adjust heating settings from other internet-connected devices, such as a laptop or smartphones. This allows users to control the thermostat remotely. This ease of use is essential for ensuring energy savings: studies have shown that households with programmable thermostats actually have higher energy consumption than those with simple thermostats because residents program them incorrectly or disable them completely.

Smart thermostats also record internal/external temperatures, time the HVAC system has been running and can even notify you if your air filter needs to be replaced. This information is typically displayed later on an internet-connected device.

As a result of these studies and others like them, energy star suspended its labelling of programmable thermostats in December 2009. It became the goal of smart thermostats to address these issues by taking the human out of the picture and creating a thermostat that uses smart computing to truly reduce energy usage and cost.

The above is a brief about Smart thermostats. Watch this space for more updates on the latest trends in Technology.