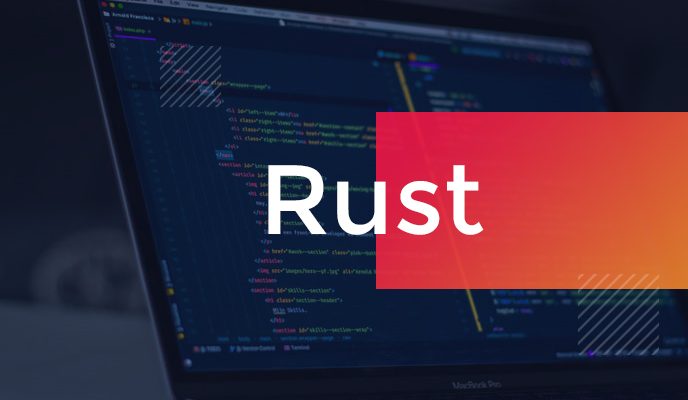 Rust was originally designed by Graydon Hoare at Mozilla Research, with contributions from Dave Herman, Brendan Eich, and others. The designers refined the language while writing the Servo layout or browser engine, and the Rust compiler. The compiler is free and open-source software dual-licensed under the MIT License and Apache License 2.0.

Rust has been the “most loved programming language” in the Stack Overflow Developer Survey every year since 2016.

Rust is intended to be a language for highly concurrent and highly safe systems, and programming in the large, that is, creating and maintaining boundaries that preserve large-system integrity. This has led to a feature set with an emphasis on safety, control of memory layout, and concurrency.

The concrete syntax of Rust is similar to C and C++, with blocks of code delimited by curly brackets, and control flow keywords such as if, else, while, and for. Not all C or C++ keywords are implemented, however, and some Rust functions (such as the use of the keyword match for pattern matching) will be less familiar to those versed in these languages. Despite the superficial resemblance to C and C++, the syntax of Rust in a deeper sense is closer to that of the ML family of languages and the Haskell language. Nearly every part of a function body is an expression, even control flow operators. For example, the ordinary if expression also takes the place of C’s ternary conditional. A function need not end with a return expression: in this case if the semicolon is omitted, the last expression in the function creates the return value.

The system is designed to be memory safe, and it does not permit null pointers, dangling pointers, or data races in safe code. Data values can only be initialized through a fixed set of forms, all of which require their inputs to be already initialized. To replicate the function in other languages of pointers being either valid or NULL, such as in linked list or binary tree data structures, the Rust core library provides an option type, which can be used to test if a pointer has Some value or None. Rust also introduces added syntax to manage lifetimes, and the compiler reasons about these through its borrow checker.

Rust does not use an automated garbage collection system like those used by Go, Java, or the .NET Framework. Instead, memory and other resources are managed through the resource acquisition is initialization (RAII) convention, with optional reference counting. Rust provides deterministic management of resources, with very low overhead. Rust also favors stack allocation of values and does not perform implicit boxing.

There is also a concept of references (using the & symbol), which do not involve run-time reference counting. The safety of using such pointers is verified at compile time by the borrow checker, preventing dangling pointers and other forms of undefined behavior.

The above is a brief about Rust. Watch this space for more updates on the latest trends in Technology.