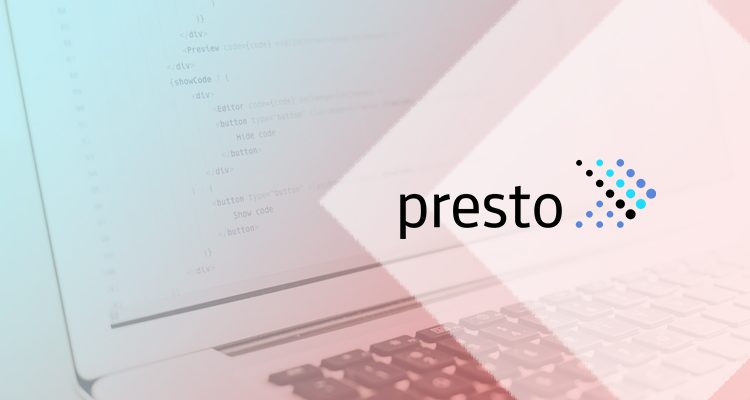 Presto is a high performance, distributed SQL query engine for big data. Its architecture allows users to query a variety of data sources such as Hadoop, AWS S3, Alluxio, MySQL, Cassandra, Kafka, and MongoDB. One can even query data from multiple data sources within a single query. Presto is community driven open-source software released under the Apache License.

SQL offers two main advantages over older read–write APIs such as ISAM or VSAM. Firstly, it introduced the concept of accessing many records with one single command. Secondly, it eliminates the need to specify how to reach a record, e.g. with or without an index.

Presto was originally designed and developed at Facebook for their data analysts to run interactive queries on its large data warehouse in Apache Hadoop. Before Presto, the data analysts at Facebook relied on Apache Hive for running SQL analytics on their multi petabyte data warehouse. Hive was inadequate for Facebook’s scale and Presto was invented to fill the gap to run fast queries. Original development started in 2012 and deployed at Facebook later that year. In November 2013, Facebook announced its release as open source 2013. In 2014, Netflix disclosed they used Presto on 10 petabytes of data stored in the Amazon Simple Storage Service (S3).

Presto’s architecture is very similar to a classic database management system using cluster computing (MPP). It can be visualized as one coordinator node working in sync with multiple worker nodes. Clients submit SQL statements that get parsed and planned following which parallel tasks are scheduled to workers. Workers jointly process rows from the data sources and produce results that are returned to the client. Compared to the original Apache Hive execution model which used the Hadoop Map Reduce mechanism on each query, Presto does not write intermediate results to disk resulting in a significant speed improvement. Presto is written in the Java programming language.

Connolly and Begg define Database Management System (DBMS) as a “software system that enables users to define, create, maintain and control access to the database”.

The DBMS acronym is sometime extended to indicated the underlying database model, with RDBMS for relational, OODBMS or ORDBMS for the object (orientated) model and ORDBMS for Object-Relational. Other extensions can indicate some other characteristic, such as DDBMS for a distributed database management systems.

The functionality provided by a DBMS can vary enormously. The core functionality is the storage, retrieval and update of data. Codd proposed the following functions and services a fully-fledged general purpose DBMS should provide:

A single Presto query can combine data from multiple sources. Presto offers connectors to data sources including files in Alluxio, Hadoop Distributed File System, Amazon S3, MySQL, PostgreSQL, Microsoft SQL Server, Amazon Redshift, Apache Kudu, Apache Phoenix, Apache Kafka, Apache Cassandra, Apache Accumulo, MongoDB and Redis. Unlike other Hadoop distribution-specific tools, such as Cloudera Impala, Presto can work with any flavor of Hadoop or without it. Presto supports separation of compute and storage and may be deployed both on premises and in the cloud.

The above is a brief about Presto. Watch this space for more updates on the latest trends in Technology.