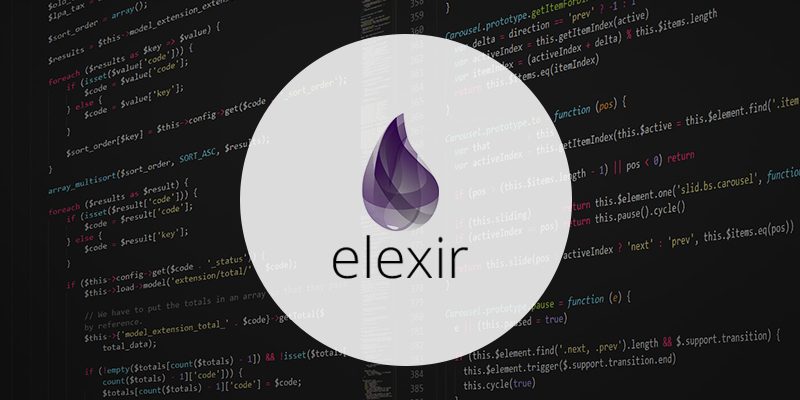 Elixir is a dynamic, functional language designed for building scalable and maintainable applications. It is a functional, concurrent, general-purpose programming language that runs on the Erlang virtual machine (BEAM). Elixir builds on top of Erlang and shares the same abstractions for building distributed, fault-tolerant applications. Elixir also provides a productive tooling and an extensible design. The latter is supported by compile-time meta-programming with macros and polymorphismvia protocols.

José Valim is the creator of the Elixir programming language, an R&D project of Plataformatec. His goals were to enable higher extensibility and productivity in the Erlang VM while keeping compatibility with Erlang’s ecosystem.

All Elixir code runs inside lightweight threads of execution (called processes) that are isolated and exchange information via messages. Due to their lightweight nature, it is not uncommon to have hundreds of thousands of processes running concurrently in the same machine. Isolation allows processes to be garbage collected independently, reducing system-wide pauses, and using all machine resources as efficiently as possible (vertical scaling).

Processes are also able to communicate with other processes running on different machines in the same network. This provides the foundation for distribution, allowing developers to coordinate work across multiple nodes (horizontal scaling).

Elixir is used by companies such as E-MetroTel, Pinterest and Moz. Elixir is also used for web development, by companies such as Bleacher Report, Discord, and Inverse, and for building embedded systems. The community organizes yearly events in United States, Europe and Japan as well as minor local events and conferences.

Some of the features of Elixir are as follows:

The above is a brief about Elixir complied from various sites. Watch this space for more updates on the latest trends in Technology.