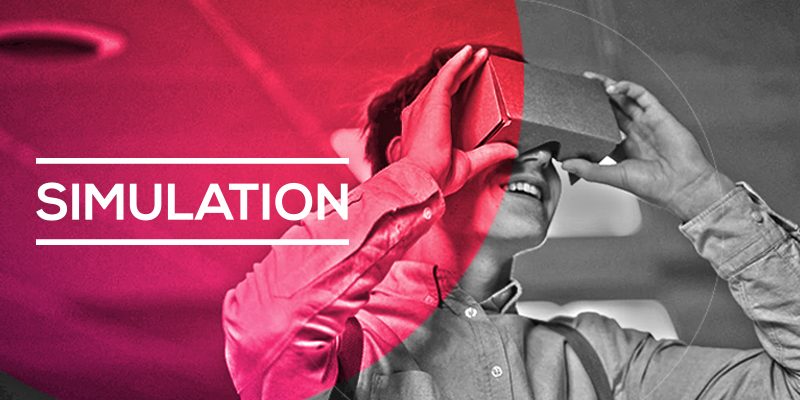 Simulation is used in many contexts, such as simulation of technology for performance optimization, safety engineering, testing, training, education, and video games. Often, computer experiments are used to study simulation models. Simulation is also used with scientific modelling of natural systems or human systems to gain insight into their functioning, as in economics. Simulation can be used to show the eventual real effects of alternative conditions and courses of action. Simulation is also used when the real system cannot be engaged, because it may not be accessible, or it may be dangerous or unacceptable to engage, or it is being designed but not yet built, or it may simply not exist.

Key issues in simulation include acquisition of valid source information about the relevant selection of key characteristics and behaviors, the use of simplifying approximations and assumptions within the simulation, and fidelity and validity of the simulation outcomes. Procedures and protocols for model verification and validation are an ongoing field of academic study, refinement, research and development in simulations technology or practice, particularly in the field of computer simulation.

Computer simulation has become a useful part of modeling many natural systems in physics, chemistry and biology, and human systems in economics and social science (e.g., computational sociology) as well as in engineering to gain insight into the operation of those systems. A good example of the usefulness of using computers to simulate can be found in the field of network traffic simulation. In such simulations, the model behavior will change each simulation according to the set of initial parameters assumed for the environment.

Traditionally, the formal modeling of systems has been via a mathematical model, which attempts to find analytical solutions enabling the prediction of the behavior of the system from a set of parameters and initial conditions. Computer simulation is often used as an adjunct to, or substitution for, modeling systems for which simple closed form analytic solutions are not possible. There are many different types of computer simulation, the common feature they all share is the attempt to generate a sample of representative scenarios for a model in which a complete enumeration of all possible states would be prohibitive or impossible.

Modern usage of the term “computer simulation” may encompass virtually any computer-based representation.

Simulators may also be used to interpret fault trees, or test VLSI logic designs before they are constructed. Symbolic simulation uses variables to stand for unknown values.

In the field of optimization, simulations of physical processes are often used in conjunction with evolutionary computation to optimize control strategies.

The above is a brief about Simulation. Watch this space for more updates on the latest trends in Technology.