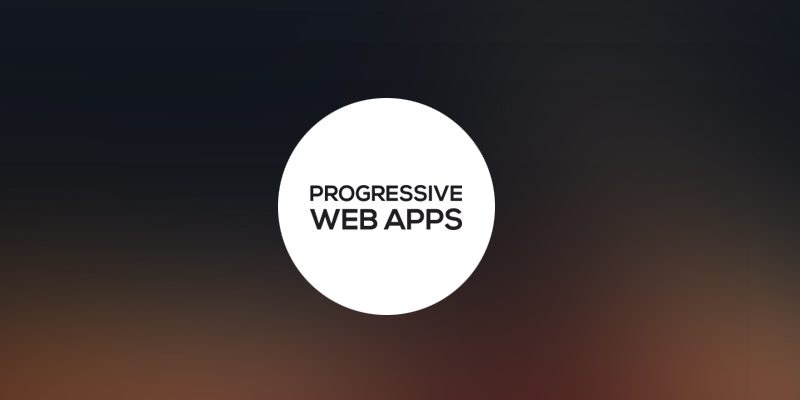 Progressive Web Apps (PWAs) are web applications that are regular web pages or websites, but can appear to the user like traditional applications or native mobile applications. The application type attempts to combine features offered by most modern browsers with the benefits of a mobile experience.

Apps taking advantage of new features supported by modern browsers, including service workers and web app manifests, that let users upgrade web apps to progressive web applications in their native operating system. According to Google Developers, the characteristics are as below.

Progressive – Work for every user, regardless of browser choice because they’re built with progressive enhancement as a core tenet.
Responsive – Fit any form factor: desktop, mobile, tablet, or forms yet to emerge.
Connectivity independent – Service workers allow work offline, or on low quality networks.
App-like – Feel like an app to the user with app-style interactions and navigation.
Fresh – Always up-to-date thanks to the service worker update process.
Safe – Served via HTTPS to prevent snooping and ensure content hasn’t been tampered with.
Discoverable – Are identifiable as “applications” thanks to W3C manifests and service worker registration scope allowing search engines to find them.
Re-engageable – Make re-engagement easy through features like push notifications.
Installable – Allow users to “keep” apps they find most useful on their home screen without the hassle of an app store.
Linkable – Easily shared via a URL and do not require complex installation.
Progressive web apps are an enhancement of existing web technology. As such, they do not require separate bundling or distribution. Publication of a progressive web app is as it would be for any other web page. As of April 2018, progressive web apps are supported by the Microsoft Edge, Google Chrome, Mozilla Firefox and Safari browsers, but more browsers may support the features needed in the future.

Some progressive web apps use an architectural approach called the App Shell Model. For rapid loading, service workers store the Basic User Interface or “shell” of the responsive web design web application. This shell provides an initial static frame, a layout or architecture into which content can be loaded progressively as well as dynamically, allowing users to engage with the app despite varying degrees of web connectivity. Technically, the shell is a code bundle stored locally in the browser cache of the mobile device.

For an app publisher, the biggest advantage is the cost saving in terms of app development and maintenance. Average customer acquisition costs may be up to ten times smaller compared to those of native applications.

The above is a brief about Progressive Web Applications. Watch this space for more updates on the latest trends in Technology.