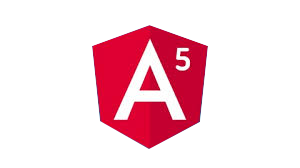 AngularJS  is a JavaScript-based open-source front-end web application framework mainly maintained by Google and by a community of individuals and corporations to address many of the challenges encountered in developing single-page applications. The JavaScript components complement Apache Cordova, a framework used for developing cross-platform mobile apps. It aims to simplify both the development and the testing of such applications by providing a framework for client-side model–view–controller (MVC) and model–view–view-model (MVVM) architectures, along with components commonly used in rich Internet applications.

The upgrade to Angular 5 is an incremental one. This is because many of the changes are done invisibly.

However, some breaking changes have been included, so some developers will still have a lot of work to do. But for all the developers who kept their code bases up-to-date, the changes will be easy to handle this time. The focus of Angular 5 was to make Angular faster again. The loading time has been improved by smaller bundles. The execution has been improved as well by optimizations at the compiler. For some projects, it is also important to note that the ng-upgrade is still in progress.

Additionally, experimental technologies and features can be developed in a special lab space outside the Angular Framework. They can be evaluated and tested by developers at an early stage without negatively affecting the release planning of the framework itself. Angular 5 now officially supports TypeScript version 2.4. Previous versions of Angular have supported Type Script 2.3 without errors since release 4.3, including the Strict-Null-Check option.

Depending on the project, the changes mentioned above may create some additionally effort. However, upgrading to Angular 5 should not evoke a disproportionate amount of effort.

The above mentioned is a brief about Angular 5 compiled from various sites. Watch this space for more updates on the latest trends in Technology.