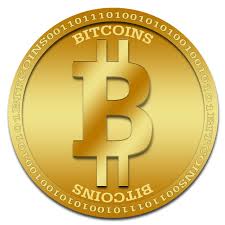 Bitcoin is a Cryptocurrency and a digital payment system invented by an unknown programmer, or a group of programmers, under the name Satoshi Nakamoto. It was released as open-source software in 2009.

The system is peer-to-peer, and transactions take place between users directly, without an intermediary. These transactions are verified by network nodes and recorded in a public distributed ledger called a Blockchain. Since the system works without a central repository or single administrator, bitcoin is called the first decentralized digital currency.

Besides being created as a reward for mining, bitcoin can be exchanged for other currencies, products, and services in legal or black markets. As of February 2015, over 100,000 merchants and vendors accepted bitcoin as payment. According to research produced by Cambridge University in 2017, there are 2.9 to 5.8 million unique users using a cryptocurrency wallet, most of them using bitcoin.

Bitcoin is a digital asset designed by its inventor, Satoshi Nakamoto, to work as a currency. It is commonly referred to with terms like digital currency, digital cash,  virtual currency, electronic currency, or cryptocurrency.

The question whether bitcoin is a currency or not is still disputed. Bitcoins have three useful qualities in a currency, according to The Economist in January 2015, they are “hard to earn, limited in supply and easy to verify”. Economists define money as a store of value, a medium of exchange, and a unit of account and agree that bitcoin has some way to go to meet all these criteria. It does best as a medium of exchange; as of February 2015 the number of merchants accepting bitcoin had passed 100,000. As of March 2014, the bitcoin market suffered from volatility, limiting the ability of bitcoin to act as a stable store of value, and retailers accepting bitcoin use other currencies as their principal unit of account.

According to research produced by Cambridge University in 2017, there are between 2.9 million and 5.8 million unique users using a cryptocurrency wallet, most of them using bitcoin. The number of users has grown significantly since 2013, when there were 0.3 to 1.3 million users.

The unit of account of the bitcoin system is bitcoin. As of 2014, symbols used to represent bitcoin are BTC,  XBT, and ₿ (U+20BF,

The above mentioned is just a brief about Bitcoin. Please watch this space for More Updates on the Latest Trends in Technology.